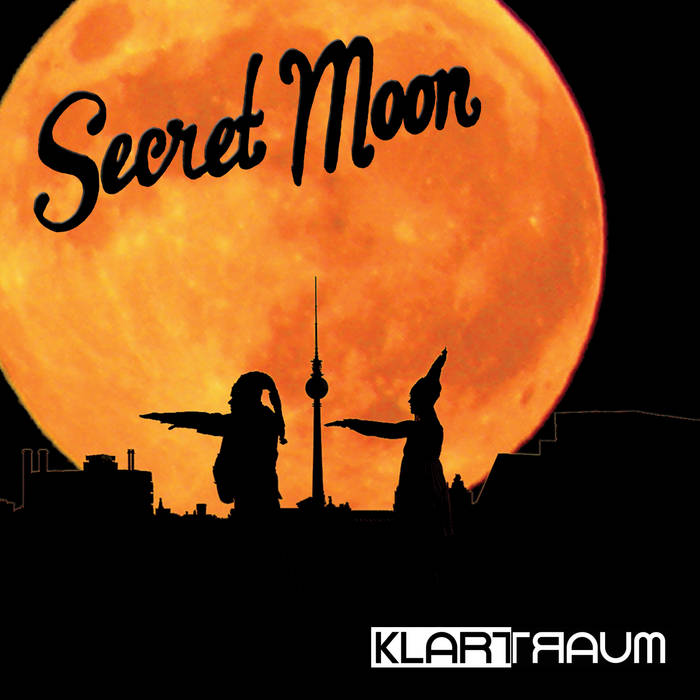 As the world catches on to the music and live performances of Klartraum duo Nadja Lind & Helmut Ebritsch, the pair look to the release of their deep yet wonderfully eclectic second album ‘Secret moon’… Berlin based Nadja Lind & Helmut Ebritsch have been working together for over five years now, but it is in the last twelve months that the duo’s Klartraum project has really come to prominence. Both Nadja & Helmut have a solid musical history recording for the likes of Darkroom Dubs, Soma & Morris Audio yet it is through their shared musical output that they have really captured the imagination, producing deep and moving electronic music that fuses elements of techno, house and electronica. Out of the studio the duo have taken their sound on the road, performing as Klartraum live at London’s Fabric, the infamous Ukrainian festival Kazantip and Goa’s renowned Shanti club to rave reviews and rapturous response. In the coming months they will also be appearing at dates in Australia and across Europe. ‘Secret Moon’ is a rich and diverse collection of tracks that reflect Klartraum’s journey since the release of their debut LP, ‘Evolution’ in 2011. From the opening atmospheric ambient recording of ‘Berlin Intro’ it’s clear that this is not to be a straight-laced ‘club’ album but rather a body of work that ebbs and flows through styles and sounds with little regard for genre. Downtempo cuts such as the breakbeat based ‘Something Wrong’ or the off kilter ‘Universe’ add a depth and variety to the mix yet Klartraum’s production skill and musical sensibilities work to make the album work as a whole. There is a deep hypnotizing feel to this whole album, keeping you locked into the experience as the album progresses. Tracks such as the epic ‘Secret Moon’ and the sublime ‘Sell Your Soul’ have an almost cinematic feel to them; drawn out, spacious and mesmerizing. Klartraum’s 2011 debut was a real achievement but ‘Secret Moon’ takes things to the next level with a strength and energy that is tempered with an audible maturity of production. Nadja Lind & Helmut Ebritsch have their own way of creating music, making much of both their spiritual leanings and their hands of approach to ‘jamming’ out tracks live. Whatever it is that drives them it certainly works, for Klartraum are rapidly becoming an act that cannot ignored, making great music and taking it to the world via their passionate live performance. Long may it last

Roger Nedoma Sound Of Berlin Deep (Embassy One): "nice ones" (will play)

Helmut Ebritsch (Many): "thank you all for awesome support..." (will play)

Lewis Ryder (Bigger Deer Recordings): "Very smart album. Sell Your Soul and Map Of Truth stand out for me. Thanks, L"

Quintin Christian (): "Very refreshing and so deep i could have an eargasm! Feeling Universe,what great groove and textures, loving the fusion of sounds, also really feel the dub vibe on Diving Dancer, really great!" (will chart) (will play)

Augusto Siles (Afterhours Radio Show 99.1): "i really enjoy the sounds of this ep, very interesting ideas here. thanks very much" (will play)

Hervé Dias (): "Klartraum just push the envelope to the another level!!the best producers out there." (will play)

Paul Loraine (Rhythm Cult): "Step into the Lucid world of two of the best producers in the world right now! 10/10 this is orignal and I love it" (will chart) (will play)

Guy Hornsby (4clubbers.net (writing), Sideways Recordings, Landed. ): "Been a Klartraum fan since early last year, and never been disappointed with a release yet, so this is just as I'd expect. Warm, atmospheric music, and a chance to be more experimental than EP releases. Will review, and will chart. " (will chart) (will play)

Russell Deeks, This Is Why We Dance (n/a): "Nearly missed this! Need to DL and listen to it properly but sounding great on a quick flick through" (will chart)

Russell Deeks, This Is Why We Dance (n/a): "Sounding good so far! For 'chart' read review, obviously" (will chart)

Will Kinsella (Ceoltronic Radio) (Sleaze Records, Globox): "Not sure if I've downloaded this already. Will feature a few tracks on my radio show later. Apologies for any delay. Will x" (will chart) (will play)

Patrick Bateman (Tic Tac Toe / Connect Four): "Secret Moon is the track for me! " (will play)

Funtom (Tom Krizic) (Dubwise, Giant, Alphahouse): "Great album, i really loved the cross over musical genres. My favorites and tracks I will play are: Diving Dancer, Sell Your Soul, Amazonas-Santiago and the best one Map Of Truth. Really worthy release from Klartraum, full support here!" (will chart) (will play)

Ric Colair (Depaart): "I'm so in love with this album! It's of that deep minimal techy style combined with slow-mo mind blowing one I like most. Ground breaking!" (will chart) (will play)

Will Kinsella (Ceoltronic Radio) (Sleaze Records, Globox): "Nice work. I need to have a second listen in the car" (will play)

Nathan Coles (Wiggle, Is This): "Great Album! Thanks for sending :o)" (will play)

SHA Podcast (): "Wow, excellent. Secret Moon is destined to be a big track. Kazantrip has great menacing underground vibes. Amazonas-Santiago is a merry dance of a track, definite dancefloor pleaser. Orchidee is an epic, great way to finish. Really good album overall. " (will chart) (will play)

John P. - Westradio.gr: "Great album by Klartraum! will support all tracks! Thanks Lucidflow" (will chart) (will play)

Misk (): "playlist and support in altroverso radio" (will play)

Shlomi Biton (Tunnel FM / 2B Continued / Electronique Digital): "some really dope tunes here all sound so HQ, Dling & will support em Thanks." (will chart) (will play)

ABarth (phonanza fm): "I love this organic and warm, analogue Klartraum sound - the deepness and the sampling and and and... Perfect production - as always! My favourites: "Universe" and "Map of Truth"! (ABarth, PhonanzaFM, HH - http://www.phonanza.de)" (will chart) (will play)

Ivan Draco (): "Kazantrip makes me wanna quit my job and hit the streets:)" (will chart) (will play)

Ivan Draco (): "Upon further review I find it hard to choose one song. This album takes my breath away. Goosebumps." (will chart) (will play)

Daniel (Pinksilver): "Very nice album release by Klartraum, diverse and rolling. 'Kazantrip' is my no.1 track and will showcase on my Kiss FM Radio show." (will play)

Giuliano Rodrigues (Flowing Movement Music): "Sure i will play...because this is the firt feel in, the firs word, to say what is house and tech house. We can find deep sounds with strong beats on Klartraum Group. Sometimes we can hear dark sounds and light sounds. Everything you can find on Klartraum. Is all about the moment. Your moment. :D Love every fragment. :D"