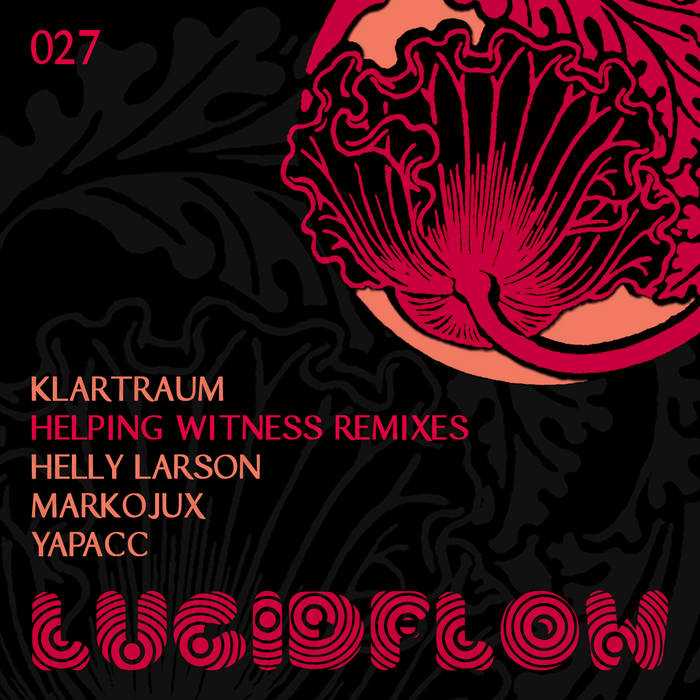 Klartraum follow up a fine brace of reworkings for Terje Saether's recent Breed EP on their label, Lucidflow, with a clutch of ultra deep remixes of their own "Helping Witness." The duo of Nadja Lind and Helmut Ebritsch have a swagger about them at present, bolstered by the original mix here. Rolling along to a snappy rhythm with a feint whiff of 2-step, it's punctuated by subtle Rhodes and piano stabs and minimal flourishes.

Fellow Berlin resident Helly Larson's take doesn't quite have you in a headlock like the original; there's no denying it gives off a warm glow from its afterburners as it jets off into the deep house cosmos, but it'll be a little too sedate for some. Melbourne's Mark Baumann, who runs Aussie label Pinksilver, rolls his sleeves up and gets stuck into his duties in his Markojux guise. To a nagging prog trance-like undercurrent, Baumann adds frilly piano motifs and what sounds like a cat on slow spin in a tumble dryer.

It's pipped at the post for the go-to track on this EP by Yapacc, though. As befits a man who has designed and demonstrated equipment for synth and module manufacturer MFB, it's technically adroit, low-slung tech funk, with neat ambient touches and frequent textural shifts.
Published /
Thu / 9 Feb 2012